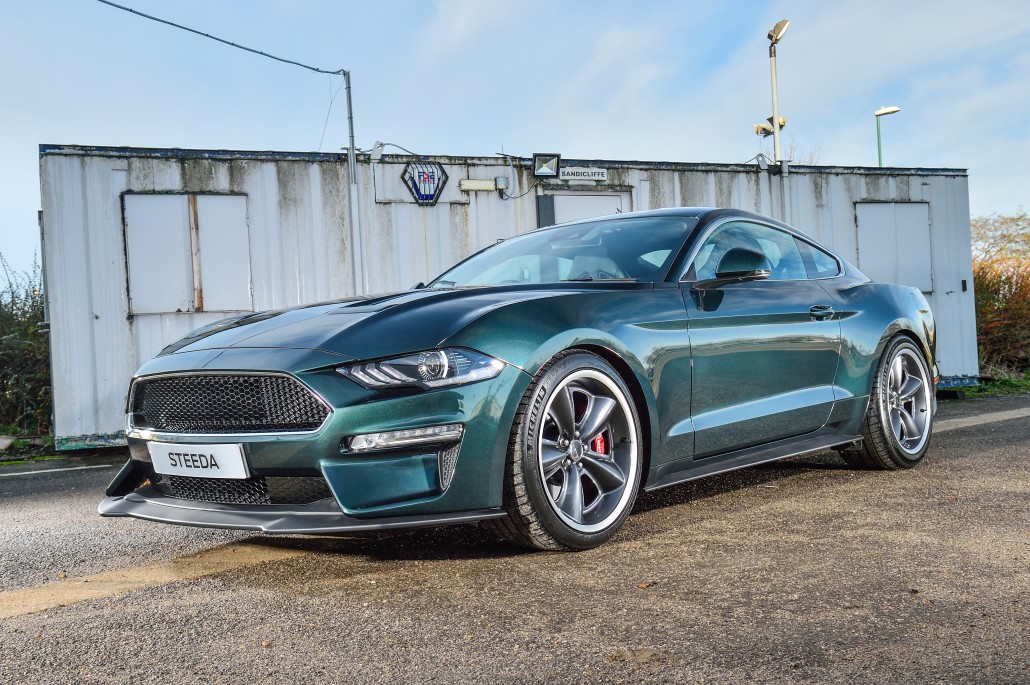 Produced to celebrate the Bullitt film, its star, Steve McQueen, and the iconic Ford Mustang, just 300 Steeda Steve McQueen Limited Edition Bullitt Mustangs will be made globally, with less than 100 still available. Based on the MY2018+ S550 Ford Mustang Bullitt Edition, and built with the sole intention to match the original formula of being understated yet performance-focused, Steeda has substantially revised the Mustang to stay true to the ethos of the original Sixties Mustang Fastback.

The first UK customer order, the sixth car sold in Europe, and the second fitted with a supercharger, has just been delivered to its owner, complete with a range of Steeda-packaged power, suspension and driver-centric performance upgrades.

Under the bonnet, the first UK car features a supercharged 720 hp Stage One Bullitt upgrade; adding a 3.0-litre custom and coloured-coded Whipple twin screw supercharger, and 10 rib belt pulley system to the original 5.0-litre naturally-aspirated V8 engine. It is also fitted with Ford Performance 1500 hp-rated half shaft axles, which are standard fit for all cars fitted with a supercharger kit. 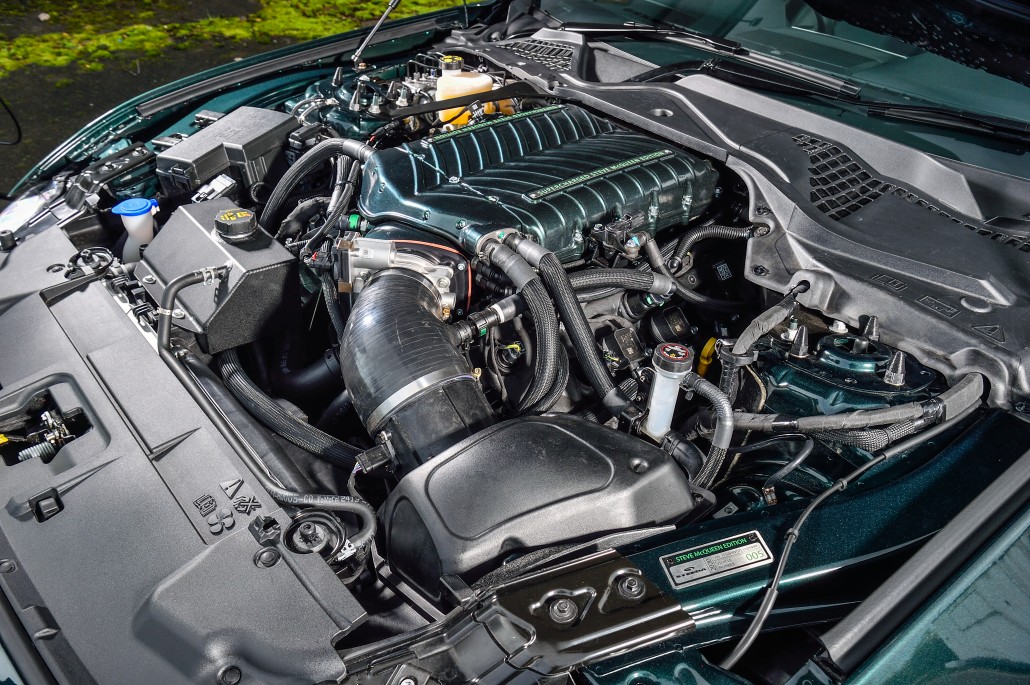 Making the most of the Ford MagneRide dampers, Steeda has opted for its latest, track-proven, Dual Rate Ultimate Performance springs that offer comfort on the road whilst still providing increased roll control and reduced nosedive on circuit. All cars also receive Steeda’s Tri-Ax shifter, which is machined from billet and delivers a 30 per cent shorter throw and more precise gear shifting action. 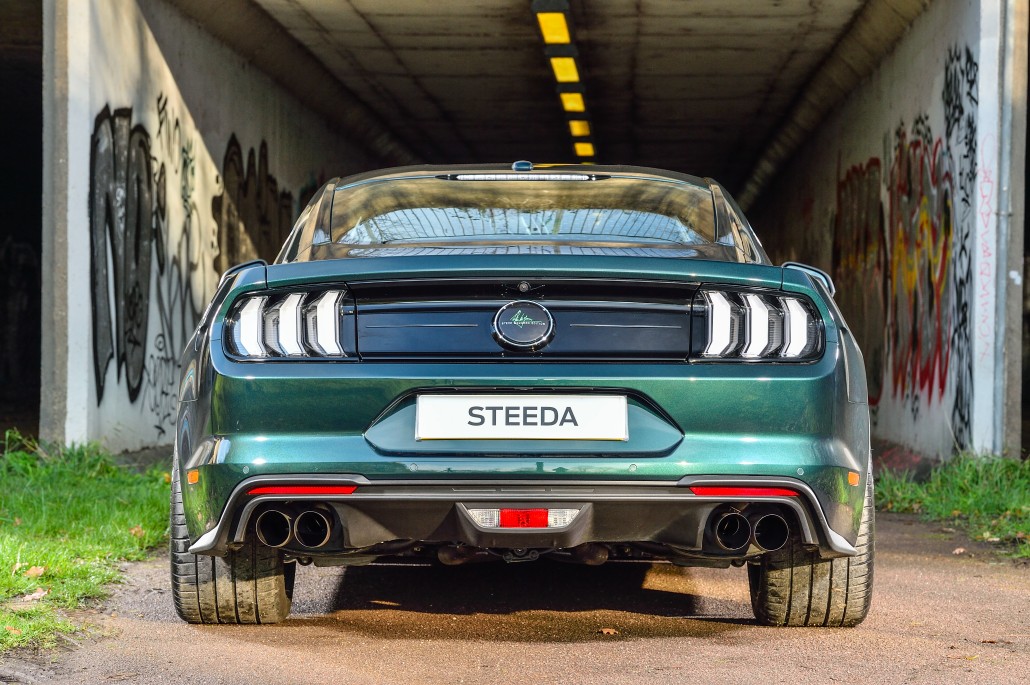 While the main focus has been on the engine, drivability and performance upgrades to transform the driving experience, Steeda has introduced a number of restrained and subtle visual upgrades that enhance the understated, cool stance. These include a new aggressive front bumper, Steeda’s 10” and 11” wide 20” wheel design in gunmetal and a polished finish – exclusive to the Steve McQueen Edition Bullitt. These are fitted with 275/35/20 and 305/35/20 Michelin Pilot Sport 4S tyres, providing a larger contact patch than the 255 and 275 OEM fitment and cope with the extra power and handling prowess, as well as adding to the aggressive stance and muscular look.

Finishing touches inside include subtle McQueen badging inside and out and the convenience of gas bonnet struts. Owners also receive a letter of vehicle authenticity, an exclusive Steve McQueen Edition baseball cap, key fob, as well as a signed and numbered Steve McQueen Edition Bullitt print by Camilo Pardo.

For those seeking more, Steeda has created a list of desirable options that can be fitted at any time. These include a Stage Two 800 hp supercharger kit, green Alcantara wheel, 3.1kg lighter and free flowing H Pipe exhaust designed to specifically accentuate the classic V8 rumble, plus the option to delete the rear seats and add a colour-coded half roll cage with embroidered harness belts. 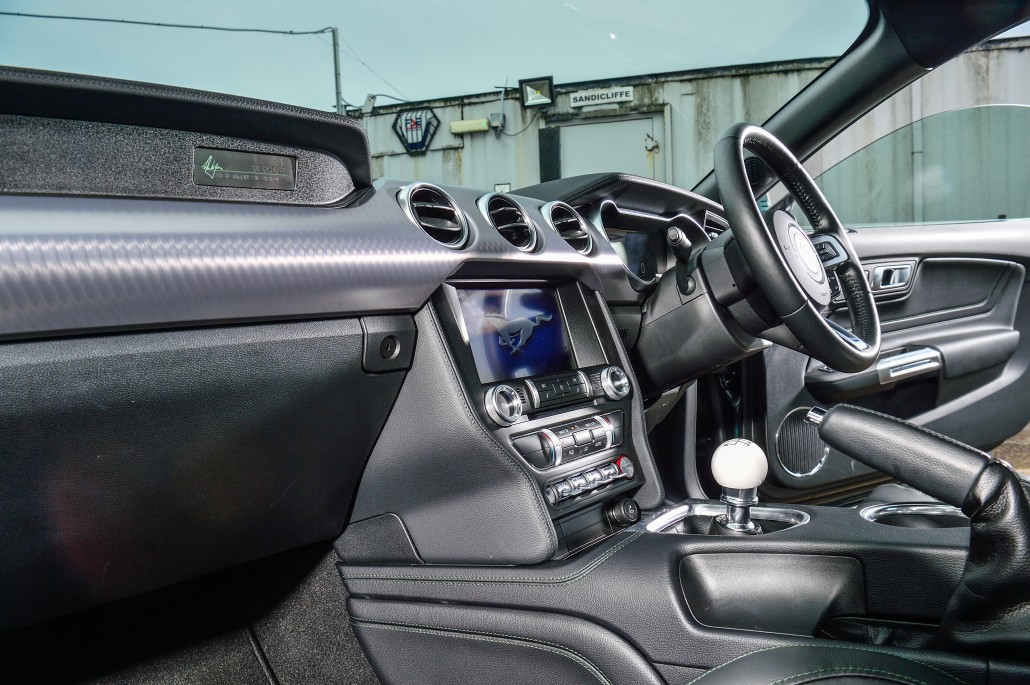 Commenting on the UK customer order and delivery, Steeda UK & Europe director Robbie Kazandjian said, “For many car enthusiasts this is the ultimate Mustang package. Those who grew up watching Steve McQueen movies knew he was a huge car fan and it’s amazing to watch our vision being realised under the watchful eye of his son, Chad McQueen, who worked closely with Steeda. This car also marks the start of our relationship with Sandicliffe. The dealership has impressed us with not only its enthusiasm for the Steeda experience but also its technical understanding to explain the clear benefits our performance parts can bring. We are already working on the next demonstrator featuring our handling kit as well as preparing for the Mach 1 in 2021.”

As the preferred dealer of the UK Steeda Steve McQueen Limited Edition Bullitt Mustang, Sandicliffe Ford dealership founder and owner Paul Woodhouse said, “We have been very excited to work with Steeda on this project, which is the launch platform for us to show our Mustang customers just what they can do with their cars. We look forward to offering the full range of Steeda Q Series Mustangs as well as Steeda upgrades for customers who want to personalise their cars or build in stages. We have many enthusiasts working at Sandicliffe – I am one of them. This is the sort of project that the whole team really enjoys, and that’s what we think sets Sandicliffe apart as a Ford dealership.”

After having the Steve McQueen Limited Edition Bullitt Mustang appear alongside the reveal of the 2021 Mach 1 Mustang at this year’s Goodwood SpeedWeek, Steeda has confirmed it is already preparing performance aftermarket parts for the Mach 1, which will be offered by Steeda in the UK and Auto IN in Europe next year. 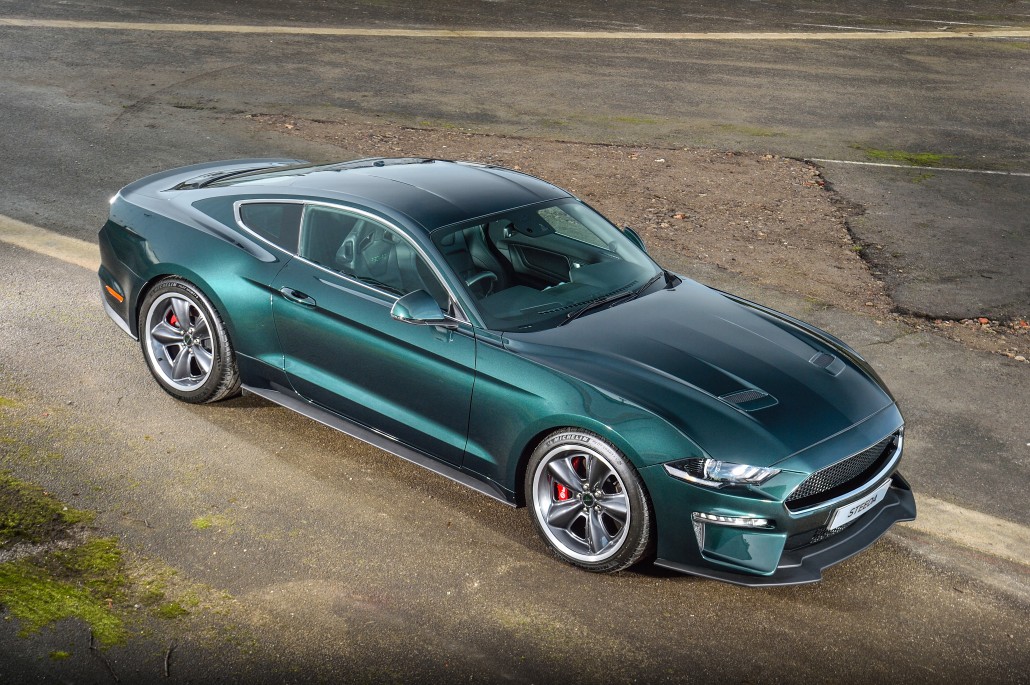 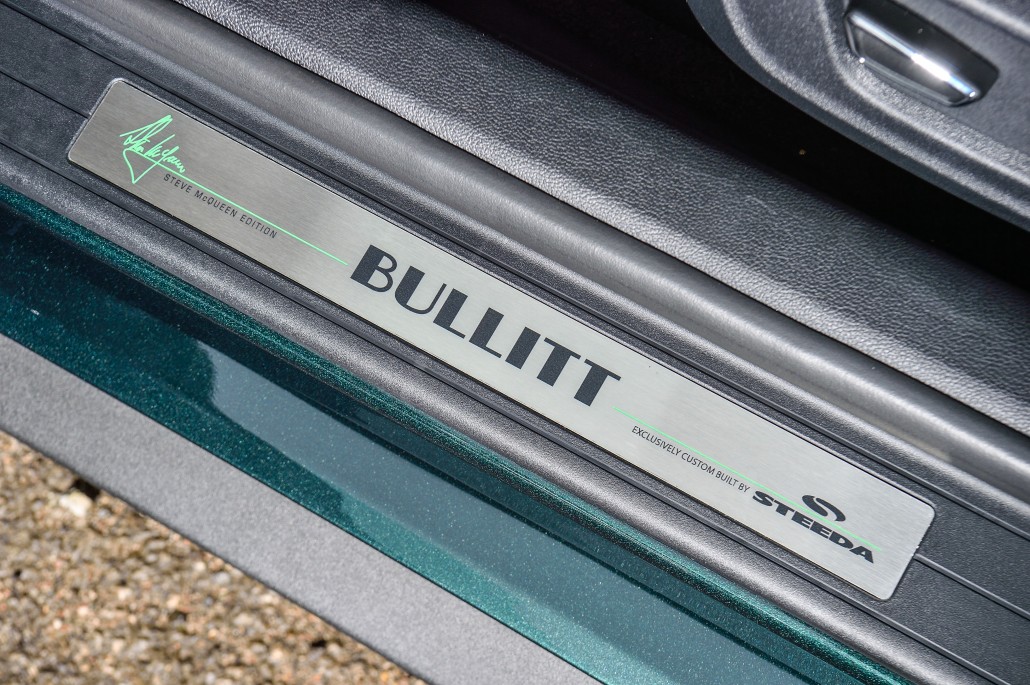